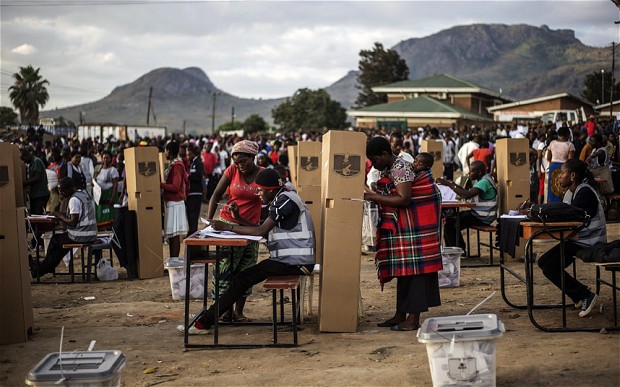 The Malawi Electoral Commission conducted Tripartite Elections on the 20th of May 2014 and planned to transmit the results of the count of the elections from thirty five (35) transmission points in the local council offices. These were district or town or municipal or city council offices across the country.

After results were presented at the local council offices it was discovered that the majority of the results filled on the results sheets were not following laid down criteria that had been built into the results capture system.

An example is that it was stipulated that no stream could have more than eight hundred voters yet many Presiding Officers had result counts that exceeded this number. The system was designed so as to give only a ten percent tolerance, which meant that it would accept up to eight hundred and eighty voters per stream. The Presiding Officers were unilaterally combining streams not realizing that were creating a problem for the data capture system.

So too any arithmetic errors on the results sheets would not be accepted by the results management system and required the Presiding Officers to rework their results sheets till they balanced. The majority of these arithmetic errors were on the statistical data that required officials to balance all ballot papers received against what was used. But there were also some entries where the number of votes cast for each individual did not tally with the total number of votes cast for a station.

Due to the errors on the result sheets the majority of the results could not be captured into the system at the designated capture points.

The only way to capture these results was to amend the programs so as to accept figures of more than eight hundred per stream.

Sending out ICT personnel to the districts to amend the programs was an option but in case of any complications this could have resulted in further challenges in the field without the requisite expertise  and therefore a decision was made to call in all the operators and the Returning Officers to the National Tally Centre in Blantyre.

Connection to the outside was disconnected since the local capture did not require any outside connection.

The data capture environment at the National Tally Centre was purely a local setup with no connection to the outside world.

All the information that was being input into the Results System was from results forms that were being physically handed in by Returning Officers.

Copies of all the raw forms received at the tally centre were burnt on to Compact Disks (CDs) and given to all political parties who had representation at the National Tally Centre.

Initially captured results were also printed out and given to political parties available at the National Tally Centre and also displayed on the over head projector but due to the sheer volumes of paper work this was abandoned.

Despite the enormous challenges of a central data capture operation all results from all the 4,445 centres were input for all three elections.

As stated earlier there was no connection to the outside world and all capture was done in a controlled environment.