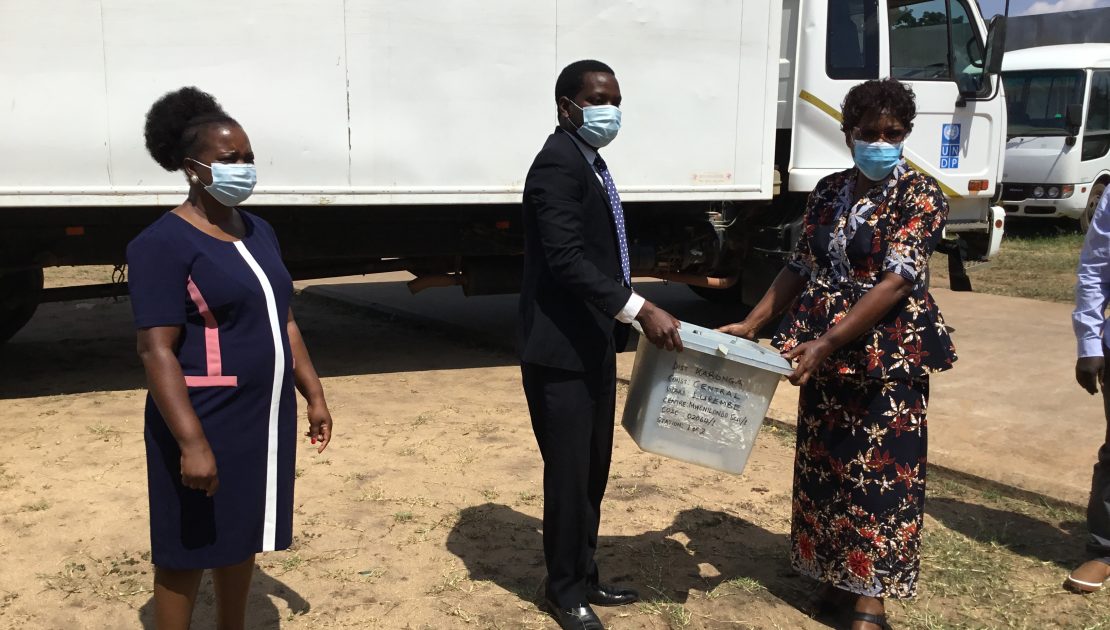 Just after three days from announcement of results, the Malawi Electoral Commission handed over records of polling for the 10 November by-elections to the Malawi Parliament.

The by-elections were held in Lilongwe North East and Karonga Central Constituencies and Makhwira Ward in Chikwawa. The results were announced on Friday, 13th November, 2020.

The Commission made it a point to immediately handover the parliamentary elections polling records to Parliament in accordance with Section 119 of the Parliamentary and Presidential Elections Act.

The section says; “at the end of its functions, the Commission shall deposit all documents forming the official record of an election (including voters registers, ballot papers, records from districts and polling stations and summaries thereof and the record and summary of the national result) with the Clerk of Parliament who shall retain and preserve such documents in safe and secure custody without destruction for a period of twelve months”.
The Commission did not handover records for the by-elections in Makhwira Ward because it is not a requirement under the Local Government Elections Act.

During the handover ceremony held at the Parliament Buildings, Commissioner Olivia Liwewe said the said the Commission was happy with the involvement of various electoral stakeholders in the management of electoral processes.

“It is our large expectation that Parliament will continue keeping the materials safe and in easy to retrieve manner so that should a situation arise that they are needed, we shall all be easy to respond to such need,” she said.

Also in attendance during the handover ceremony were Commissioner Dr Anthony Mukumbwa who chair the Audit Committee and Commissioner Linda Kunje who chairs the Finance and Administration Committee.

In his remarks, Deputy Clerk of Parliament, Chikondi Kachinjika promised that the Parliament would keep the materials safe and in retrievable manner.

“When time comes to destroy them then we shall notify all electoral stakeholders including the media,” he said.