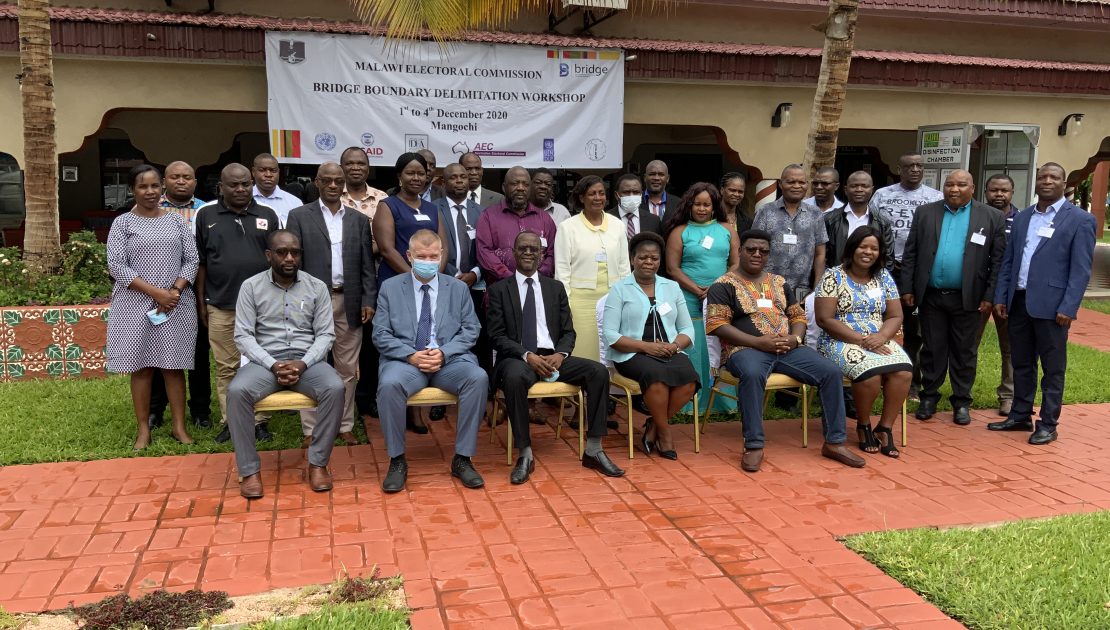 In preparation for the forthcoming constituency demarcation exercise, the Malawi Electoral Commission has organised a four-day course on boundary delimitation for political parties and umbrella bodies for civil society organisations.

The course will run from 1st to 4th December, 2020 at Sun and Sand Holiday Resort and is based on a Building Resources in Democracy, Governance and Elections (BRIDGE) curriculum.

Opening the workshop, MEC Deputy Chief Elections Officer (Finance and Administration), Phanuel Hamsini said there was a nationwide anticipation for the demarcation exercise as everywhere stakeholders were asking about this process.

Mr Hamsini assured the participants that the demarcation processes would be a very transparent, inclusive and participatory process whereby stakeholders will be informed at every stage.

“I am emphasising all this because from the interactions we have had with stakeholders, there seem to be traits of fear that MEC might conduct the process without considering their views.

Be assured that there will be public meetings which will be open to all stakeholders. My appeal to you all, therefore, is that when we call for those meetings, you should attend,” he said.

He added that the Commission will only take views and suggestions from stakeholders that will be submitted through the normal channels to be established.

“The Commission will work with all stakeholders in an environment where all views shall be taken in the normal channels that will be set up. The Commission will not tolerate any conduct that can bring suspicion of gerrymandering later,” he said.

Mr Hamsini, who represented the MEC Chairman, appealed to the stakeholders to help in managing public expectations from the demarcation exercise by educating them on the provisions of the law.

“Some of the reasons/justifications that people are advancing for their constituencies to be split into two or three do not fall within the criteria provided by the law.

“The public should also start getting prepared that there will be winners and losers in the process. If we agree on a criterion to follow, it is clear that some current constituencies might be amalgamated with others,” he said.

In his remarks, IFES Country Director, Rudolf Elbling thanked the MEC and partners UNDP for making this important workshop possible.

He emphasized the importance of an inclusive and participatory boundaries delimitation process and commended MEC on their effort to reach out to political parties, civil society and media at this early stage of the process.

The participants were secretaries general and directors of elections from political parties that contested in the May 2019 Tripartite Elections, leaders of umbrella CSOs and MEC staff.

The meeting was organized with support from the International Foundation for Electoral Systems (IFES) and the UNDP.