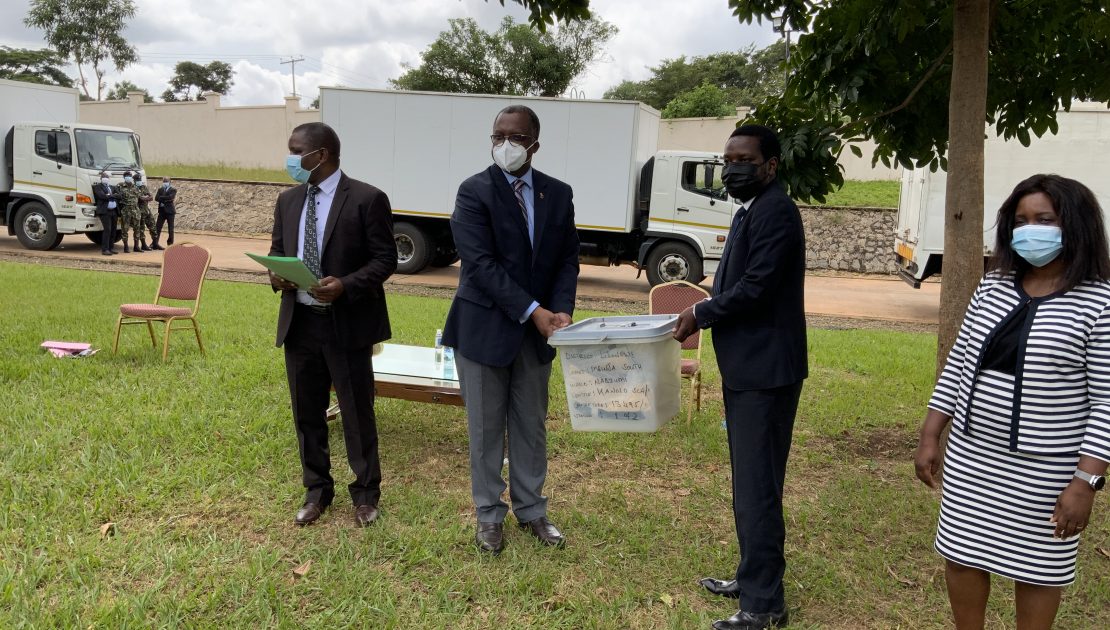 On Monday, 12th April, 2021 the Malawi Electoral Commission handed over to the Malawi Parliament the polling records for the 30th March Parliamentary and Local Government by-elections.

In his speech, MEC Chairman, Justice Dr Chifundo Kachale said the handover of the polling records was such an important statutory event because it demonstrated the commitment to conducting a free, fair, transparent and credible elections.

“The Commission understands that a free and fair election is not possible without satisfying all legal procedures and requirements even after election results declaration.

“The Malawi Electoral Commission believes it is important to work together to make sure that transparency and accountability remain top priority with each election and the handover of these records allows the Commission to achieve that,” he said.

The records deposited on the day included voter registers, ballot papers, records from council areas and polling stations and summaries thereof and the record and summary of the result.

“The records that the Commission has handed over to the Clerk of Parliament will enable the electorate and public to have record about the just ended by-elections and use them should any need arises” he said.

The MEC Chairman also mentioned that the Commission would embark on a research activity regarding null and void votes.

In his remarks, Deputy Clerk of Parliament, Chikondi Kachinjika, congratulated the MEC for conducting successful by-elections in the seven constituencies and two wards on 30th March 2021.

Mr Kachinjika assured the Commission that Parliament would safely and securely keep the documents in a retrievable manner until the day of disposal.

He also announced that Parliament had started the process for disposal of the 2019 Tripartite Election records and that the Commission and the media would be invited to witness.

At the end of its functions, the Commission is required by Section 119 of the Parliamentary and Presidential Elections to deposit all documents forming the official record of an election with the Clerk of Parliament for preservation.