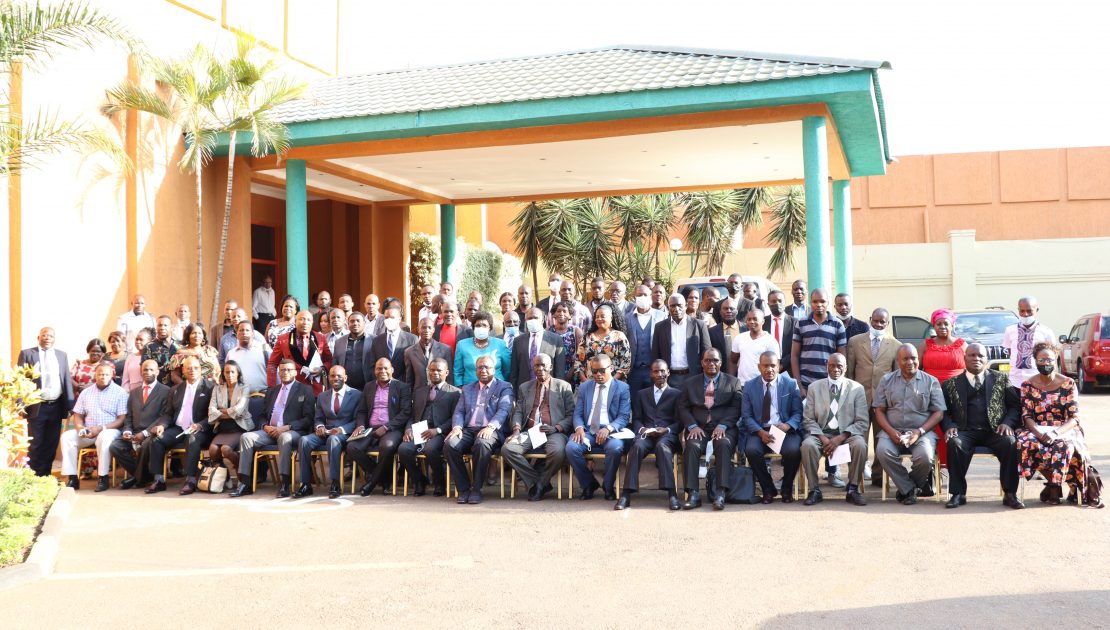 Following its determination on the number of constituencies for the purpose of September 2025 elections, the Commission has been holding meetings with various stakeholders to explain the rational of its decisions.

From 25th to 29th November, 2021 the Commission held bilateral meetings with all political parties represented in Parliament who brought 10 executive members each.

On the afternoon of 29th November, 2021 it was a turn for 18 political parties, that are outside Parliament, to engage with the Commission on the determination on number of constituencies. Each party brought five executive members.

Apart from political parties, on 30th November, 2021 the Commission hosted all Members of Parliament led by the Speaker to a dinner where the electoral body also explained to the honourable members on issues surrounding the determination of constituencies.

In his presentation during the meetings, MEC Chairman, Justice Dr Chifundo Kachale said the Commission had looked at all the factors provided for under section 76(2) of the Constitution and also considered views from the extensive consultations done in all the councils in the country.

He emphasized that the consultations were in earnest as the views of ordinary rural citizens on any national matter carried similar weight to those of their learned urban compatriots.

“Since equality of the vote is the foundational yardstick for the entire process, then all stakeholders’ views need to be properly accounted for in performing this delicate democratic function.

“Access to technology and other public media which have the capacity to amplify the voice behind one particular perspective should not unduly distort the overall significance of such a position,” he said.

The MEC chair mentioned that the Commission had set up Constituency and Ward Boundary Review Teams (CWBRT) in every council with a technical mandate to consider the creation of fresh constituency boundaries in each council.

The team members include a District Commissioner, the Director of Planning and Development, the District Education Manager, a staff from the Surveyor General Department and MEC District Staff.

When the CWBR Teams are done, they will submit their reports with proposed new constituency and ward boundary scenarios to the Commission which has the legal mandate to review, approve and print preliminary maps by January 2021.

The preliminary maps will be displayed in public places including council offices, hospitals, markets, T/A headquarters in all the councils of the country for public viewing in February 2022. This will be an opportunity for everyone in the country to see what the “draft” boundaries are.

The Commission has planned to hold public hearings in all the councils to get feedback from all stakeholders on the preliminary maps from April and May 2022. This will be open to all members of the public Covid-19 regulations permitting. The Commission will also hold targeted meetings with other stakeholders including political parties, civil society organisations between June and July.

The feedback from the consultative meetings will be considered by the Commission and incorporated into the boundary review report. Before submission of the report to Parliament, the Commission will hold a meeting with Members of Parliament in July 2022. This will be an opportunity for the Commission to explain, clarify and answer queries from the MPs regarding the report.

The Commission will submit final report to Parliament in October 2022.

Section 76 (2) of the Constitution mandates the Commission to determine constituency boundaries impartially on the basis of ensuring that constituencies contain approximately equal numbers of voters eligible to register, subject only to considerations:
(i) population density
(ii) ease of communication and
(iii) geographical features and administrative boundaries
The Commission also met with boards of the Public Affairs Committee and the Centre for the Multiparty Democracy (CMD).