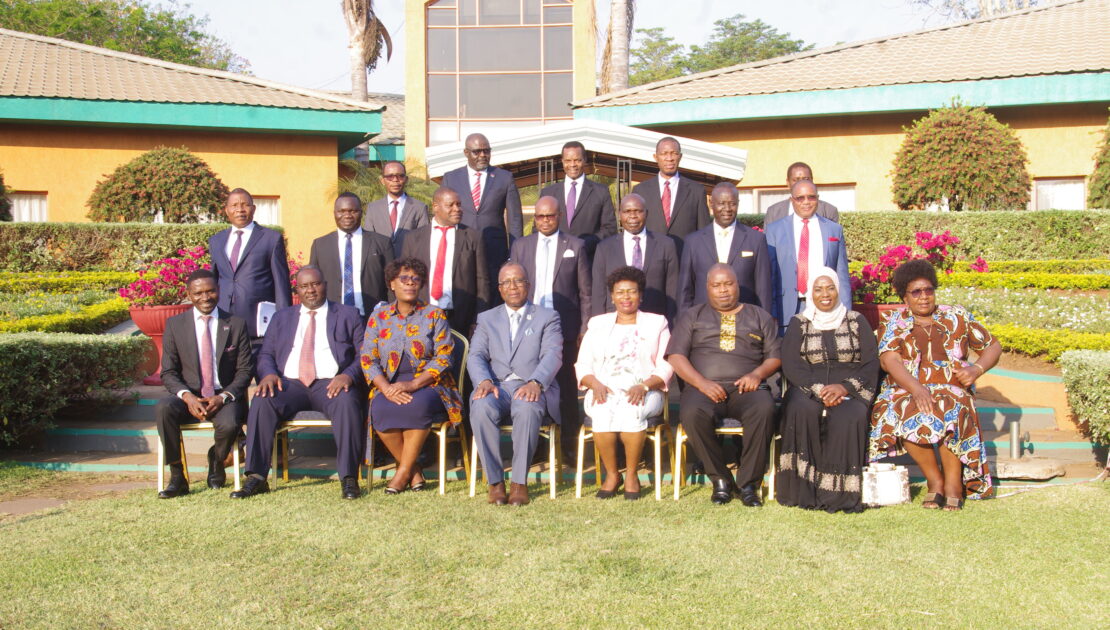 The Malawi Electoral Commission on 7 October, 2022 convened two meetings with critical committees of the Malawi Parliament in preparation of submission of final report on boundary review.

The first to meet with the Commission was the Legal Affairs Committee and in the afternoon it was the Business Committee of the Parliament led by the Speaker, Right Hon Catherine Gotani Hara.

The Business Committee comprises the Speaker of Parliament and her two deputies, Leader of the House, Leader of Opposition, Government Chief Whip, among other representatives of political parties.

Malawi Electoral Commission has been undertaking a boundary review exercise since last year and as per requirement of the law, the proposed new boundaries need to be adopted by the National Assembly.

During the two meetings, MEC Chairman, Justice Dr Chifundo Kachale informed the honourable members that the Commission had finished the boundary review process and was ready to present the report to be deliberated by the August House during the November 2022 sitting.

“It suffices to mention at this point that the Commission is of the considered view that an interface before the submission of the report is very necessary, considering that the business Committee regulates and sets the business of the National Assembly while the Legal Affairs Committee gives guidance and advice to the National Assembly on all legal matters relating to the business at hand,  in accordance with the Standing Orders and Procedures of Parliament,” he said.

Speaking during the interface, the Speaker of the National Assembly appreciated the Commission for involving the Members of Parliament from the beginning of the boundary review exercise and keeping them updated on every stage.

She highlighted that MEC had its part and enough lobbying and the onus rests on the executive to bring the Report to Parliament. The Speaker further assured the Commission that it’s her sincere hope that political parties in Parliament would give the Commission the necessary support that it be confirmed.

In his remarks, Chairperson of the Legal Affairs Committee, Hon Peter Dimba pledged his committee’s support for adoption once the report is tabled in the National Assembly.

Malawi had last review in 1998 and if confirmed by the National Assembly, the new constituencies and ward will be used in the next general elections slated for September 2025.